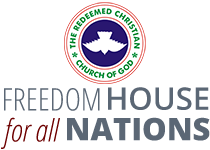 GIVE WHAT YOU HAVE TO GET WHAT YOU WANT

“And the Lord God caused a deep sleep to fall upon Adam, and he slept: and he took one of his ribs, and closed up the flesh instead thereof. And the rib which the Lord God had taken from man, made he a woman and brought her unto the man.” (Genesis 2:21-22)

God caused Adam to fall into a deep sleep, surgically opened his side, and brought out a rib bone by which Eve was created. Adam gave God a bone, and in return received 206 bones packaged in a woman, Eve. Hallelujah!!!!

What raw material do you have for the miracle you’re looking for? Water became wine because there was water and pots! The miracle of multiplication happened because there were five loaves and two fishes which someone surrendered. The late prophet’s widow also gave her little pot of oil for a massive turnaround in her circumstances. Peter gave his boat and incurred a great harvest of fishes, the Shunammite woman made a room in her loft to house the man of God and she got her life time request met. God Himself who leads as an example of givers gave His only son and today He is still reaping endless harvest. The list is just endless.

Now, miracles don’t just happen; they are made to happen. They are different from magic! While magic happens from nothing, miracles on the other hand require something – some sort of raw materials. God will need to ‘sedate’ you to sleep as these raw materials are made available to Him before He can empower you. Sleep is that unconscious state entered into by the body for the purpose of rest, rejuvenation and renaissance. It disconnects us from this earthly sensual realm and traverses us to that heavenly spiritually realm.

Now, no major surgery takes place unless the patient has been sedated with anaesthetic. When Adam slept, God opened His side and released Eve his wife! Until he slept, he couldn’t find his missing rib. God needs to knock us off in His presence that the Holy Spirit will be given a chance to work on us. We need to rest on His precious Word and promises. It is the fastest and surest cure for worrying, despair, anxiety and hypertension when we have done the needful. I am sure Adam would not have given his rib in a conscious state. It takes an unconscious person to give an unusual unconscious sacrifice as Adam did.

There are certain gifts, graces and dimensions of God’s glory that are innate in us that will never find expression until we are willing. God wants to work on us, but only to the degree to which we are willing to be opened unto Him. The Psalmist says, “He maketh me to lie down…” And while I was laying, “He restoreth my soul” (Psalm 23:2a,3a). What does green pasture mean? Abundance!

God is looking at what is in your hands to be able to give you what you are looking at in His hands hence, what do you have? What will you give for the miracle you’re looking for?

Today, I pray that God will sedate you to sleep as He comes through for you! In Jesus Mighty Name. I prophesy that every one ‘bone’ you give from now or have given will yield another 206 for you! Luke 6:38 will be a living reality for you! You will be blessed in, “good measure, pressed down, and shaken together, and running over…” in Jesus name.

About the Author: Pastor Tom Irabor

Christmas Covenant Week End of year Faith Fasting Giving Prayer Trust Watch Night Service
STAY CONNECTED
Subscribe for Updates
Be the first to get latest updates and exclusive content straight to your email inbox.
By submitting your email address, you consent to us storing and using it to send you messages only for purposes as stated here and in our Privacy Policy. You can unsubscribe at any time.

They help you save time by remembering your choices on our website for a 30 days period from when you last accepted our privacy options.

These help you save time by remembering your choices on our website for third party apps we have embedded such as social media feeds. Review or select your options, then Update Settings.
Go to Top